Construction of the 8 stupas

After Chödje Lama Gawang Rinpoche passed away in September 2014, His Holiness the 17th Karmapa instructed the board to build a stupa for the relics and remains of this great master. For this task, Lama Drubgyud Yeshe, the nephew of Chödje Lama Gawang Rinpoche was requested for help and guidance. Lama Drubgyud Yeshe arrived from Tibet to lead and coordinate this project. We are very grateful for his support and blessings.

For the relics of Chödje Lama Gawang Rinpoche, an immensely beautiful copper stupa was manufactured in Tibet. It was handcrafted by talented craftsmen that even in Tibet have become hard to find. The stupa is decorated with small precious stones. This stupa now stands in the temple and contain all the relics.

Besides the copper stupa, Lama Drubgyud Yeshe has also initiated the construction of eight stupas in the centre. This project is inspired by the wish of Chödje Lama Gawang Rinpoche to build a mini version of each of the eight different stupas. Each stupa represents a particular event in the life of the Buddha Shakyamuni. This is a wish that Chödje Lama Gawang Rinpoche mentioned on several occasions. Lama Drubgyud Yeshe is eager to fulfil this wish of our beloved master. It is not a small project but a very meaningful one.

The eight stupas will become 2,5m each and will stand in a row in the grass garden in front of the main stupa. Lama Drubyud Yeshe had made many preparations in Tibet for the many objects, mantras and mandalas that need to be placed in the stupas. All these were shipped to the centre. In July 2017, during the visit of Lama Drubgyud Yeshe, the construction work started.

The merit of building a stupa are immense and we would like to offer all the opportunity to share in this. We have so far collected 22.000 euro (September 2017) for this project but we still need around 15.000 euro to complete it.

If you like to participate in this opportunity, you can transfer your contribution to : Stichting Karma Deleg Chö Phel Ling
IBAN: NL62INGB0004499995 (BIC: INGBNL2A). Please specify “contruction 8 stupas”. The centre is a “Algemeen Nut Beogende Instelling (ANBI)” which means that it is recognised as an official charity by the taxes in the Netherlands. This offers the benefit of tax deductibility of your donations. 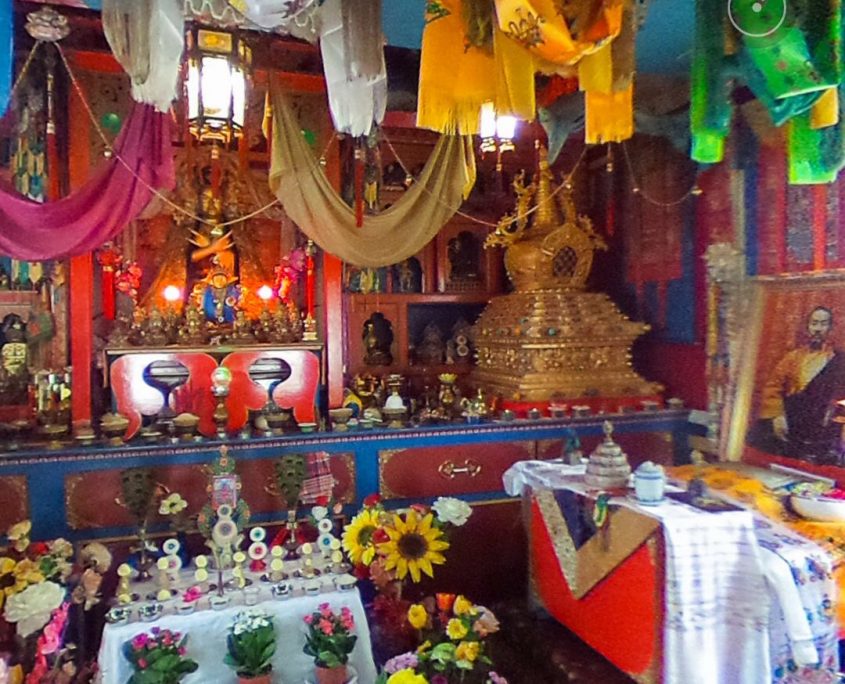 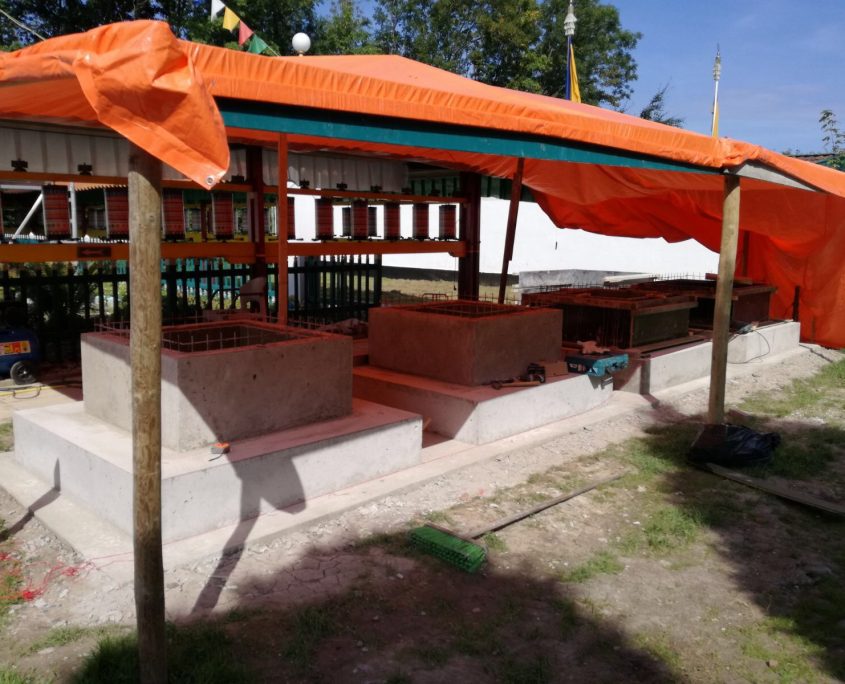