Chödje (Lord of Dharma) Lama Gawang Rinpoche was and remains of indescribable importance for the centre and his students. In the 40 years that he resided in The Netherlands, he has accomplished many things among them he built a stupa and a retreat centre with his own hands. He played a crucial role in introducing Buddhism to the Netherlands. With great skilful means he guided his many students on their path. The centre is a manifestation of his devotion and personal mission. Lama Gawang Rinpoche continues to live in the hearts of his students and his fingerprints can be found everywhere in the centre.

Lama Gawang Rinpoche had a special connection with animals and he was creative in the ways in which he tried to benefit and care for them. It seemed like he never made a distinction between humans and animals when it came to his limitless love.

Lama Gawang Rinpoche was known for his qualities in building bridges and maintaining a good relationship with social organisations such as churches, municipality, schools, etc. and their representatives. His message to the general public was simple: In all situations, always try to do the right thing, that which is guided by love and compassion. Also, Lama Gawang Rinpoche emphasised the importance of practicing the religion that was one was raised up with and which the parents passed on but to truly integrate it into daily life.

Lama Gawang Rinpoche had a special appeal to the youth as he encouraged them to follow good role models and to be one for others. To parents he advised to teach their children values that are important. He explained that giving violent toys, as innocent as it may seem, gives the wrong message to the child leading to more violence in the future.  To the elderly, Rinpoche advised to share their valuable life experience and wisdom with the younger generations so to pass on the peace and wellbeing of all in The Netherlands.

Lama Gawang Rinpoche was ook a gifted artist and creator. He embodied the invaluable knowledge of the old Tibet. The centre is a manifestation of his many qualities and skills. He was a Buddhist architect, a mason, a sculptor, a painter, a carpenter, and he could sew the most beautiful decorations, thangkas and clothes. He was also a medicine man and a Tibetan astrologer.

Lama Gawang Rinpoche was born in 1928 in East-Tibet. He was admitted to the monastery as a young child. In 1959, he fled to India where he renounced samsara and remained in meditation in a cave for many years. In 1976, Lama Gawang Rinpoche was requested by HH the 16th Karmapa to go to The Netherlands to guide the growing number of students.

On Saturday 6 September 2014, Lama Gawang Rinpoche passed away at the age of 86 years. After his death, he remained three days in the so-called Thukdam meditation. It is a sign of exceptional spiritual accomplishment.

The cremation ceremony was attended by hundreds of guests and teachers from all around Europe. The cremation took place in The Netherlands upon the request of Lama Gawang Rinpoche himself. It was a tremendously moving and impressive ceremony in which Tibetan Buddhist tradition was upheld as much as possible within the Western context. The management of the cremation hall in Goutum was very cooperative and understanding in these exceptional circumstances. We are very grateful for this. 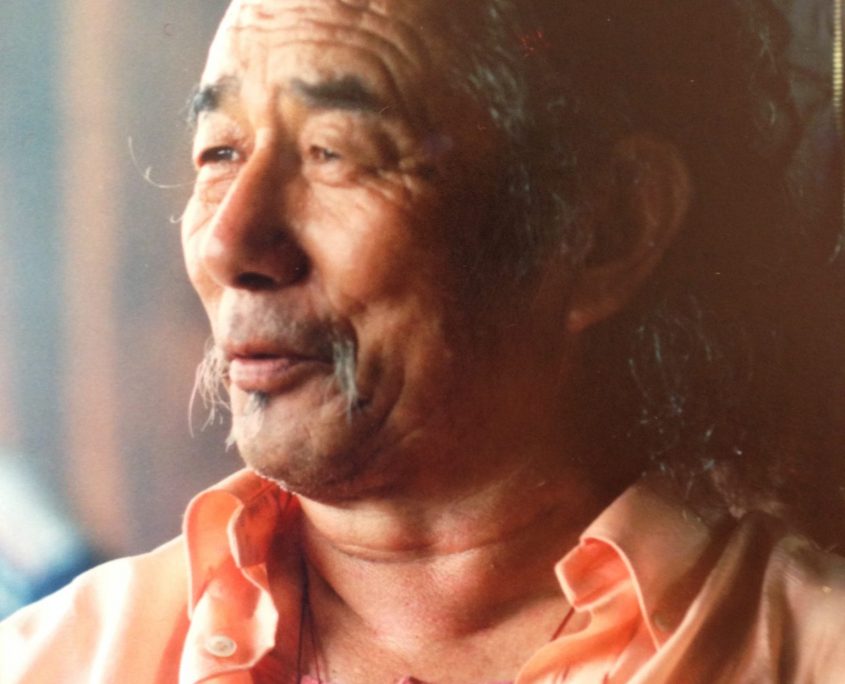 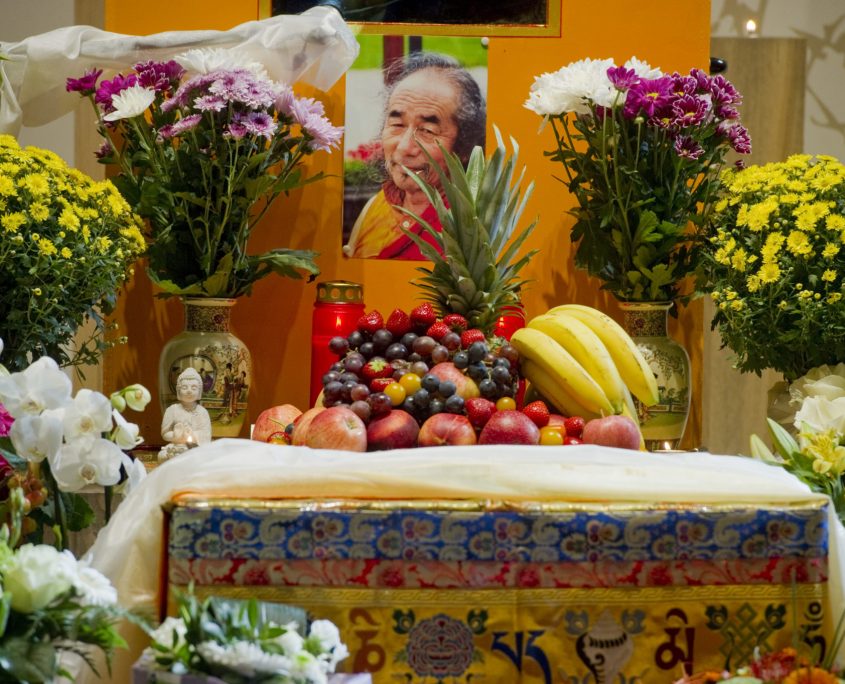