Karma Deleg Chö Phel Ling is the main seat of His Holiness (HH) the 17th Karmapa in The Netherlands and it is under his direct guidance. HH the 17th Karmapa (Orgyen Trinley Dorje) is the head of the 900 year old karma Kagyu school within Tibetan Buddhism. Many famous great masters belong to the Kagyu school such as Marpa, Milarepa and Gampopa. After Gampopa the unbroken lineage of teachings and blessings continues to each of the Karmapas all the way to the present day 17th Karmapa.

At the age of 14, His Holiness fled Tibet and arrived in India at the dawn of the new century. In 2008, he began to undertake travels to the West. Since then, he has visited America, Canada and Europe several times. His Holiness the Karmapa is a young leader (born 1985) who has millions of followers spread over all continents.

HH the Karmapa can be considered as a traditional innovator. By means of going back to the Sanskrit texts and consulting the old Buddhist traditions, he tests the legitimacy of present day cultural convictions and habits  in Buddhism. Then he introduces changes accordingly. Some examples of such changes is the way that His Holiness encourages his students to eat vegetarian, the way that he supports a stronger position of women with monastic vows and the way that he creates more awareness for the protection of the environment.

Every year, His Holiness leads the week of prayers for world peace in Bodhgaya, where the Buddha attained enlightenment. This Monlam Chenmo event is attended by approximately 15.000 people.

The predecessor, His Holiness the 16th Karmapa has visited the centre in1977 and in 1979. HH the 17th Karmapa has been invited by the centre to come to The Netherlands in the future, he has accepted this repeated invitation and promised to come. 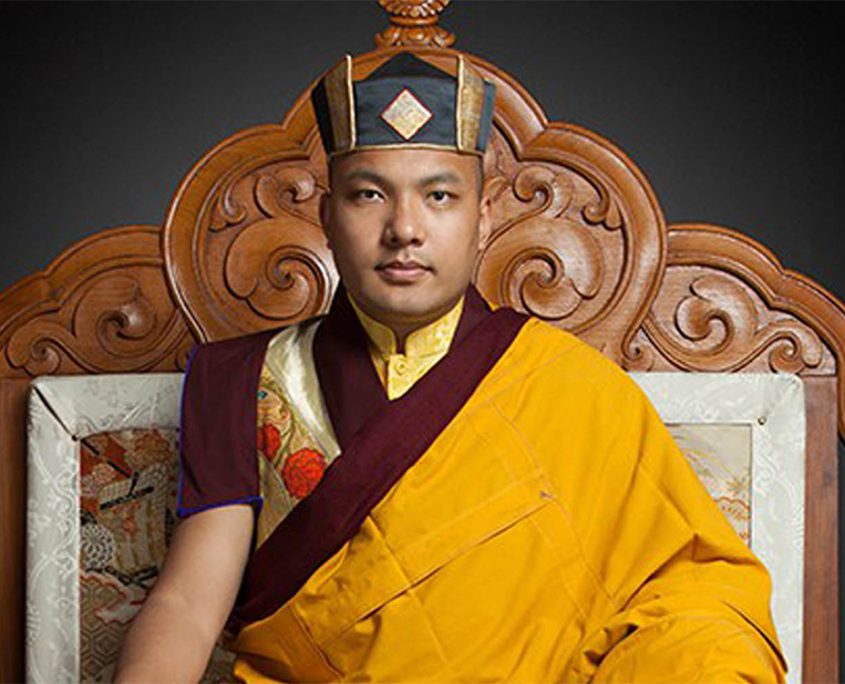