The growing interest in Buddhism in the Netherlands in the ‘70s, had many students longing for a teacher. Upon their request, HH the 16th Karmapa sent Chödje Lama Gawang Rinpoche to the Netherlands as his regent. A farm and a piece of land were offered to build a centre. HH the 16th Karmapa has visited the centre twice to give teachings, empowerments and to bless the land. At that time, he made the prophecy that one day a practitioner would attain the spiritual level of Jetsun Milarepa in the centre.

HH the 16th Karmapa planted an iron staff in the ground to mark the spot for the temple and to bless the land. His Holiness assured us that one week of practice on this land is equal to a year of practice elsewhere.

Lama Gawang Rinpoche set off to make the necessary preparations for the construction of a stupa by laying a paved driveway (Stoepawei) from the windmill to the centre. The construction of the stupa, temple and retreat centre then began in 1988. For four years, volunteers worked very hard together with Lama Gawang Rinpoche to accomplish this work. Many volunteers still joyfully reminisce at the good time they shared.

Thousands of people came to the opening of the stupa which was officially inaugurated by the mayor of Dongeradeel, Mr. Sybesma. It was a special celebration which was supported and facilitated by the local police, municipality and several sport clubs.

Later on, His Eminence (HE) Gyaltsap Rinpoche (see photo) pinned a wooden phurba (dagger) in the ground to bless the land and remove obstacles. Many high Rinpoches have honoured and blessed the centre with their presence and taught the precious dharma there such HE Tai Situ Rinpoche, HE de 3e Jamgon Kongtrul Rinpoche, HE Sangye Nyenba, Mingyur Rinpoche, Thrangu Rinpoche, Choegon Rinpoche, Sotrul Rinpoche, Lama Namse Rinpoche and many others. 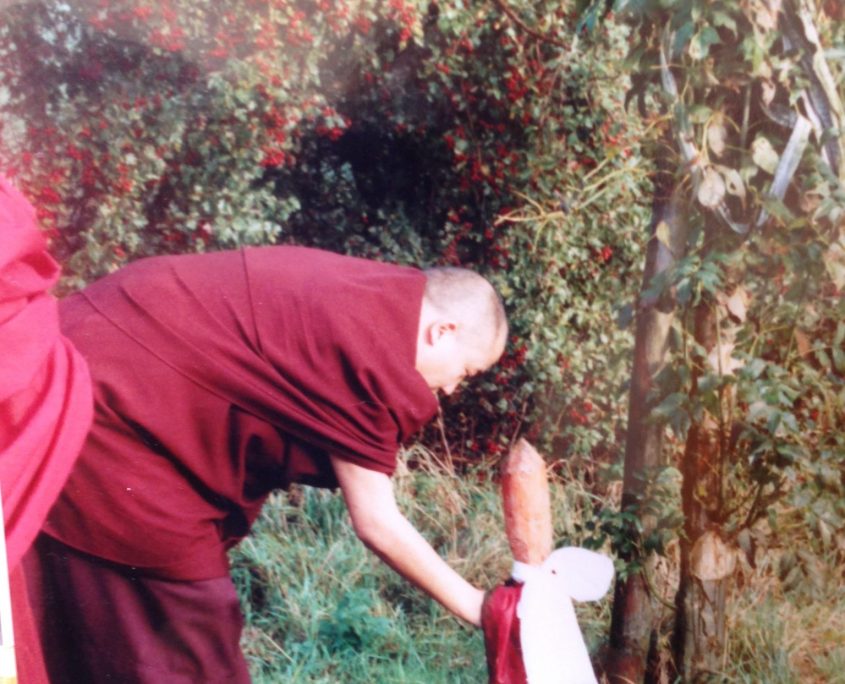 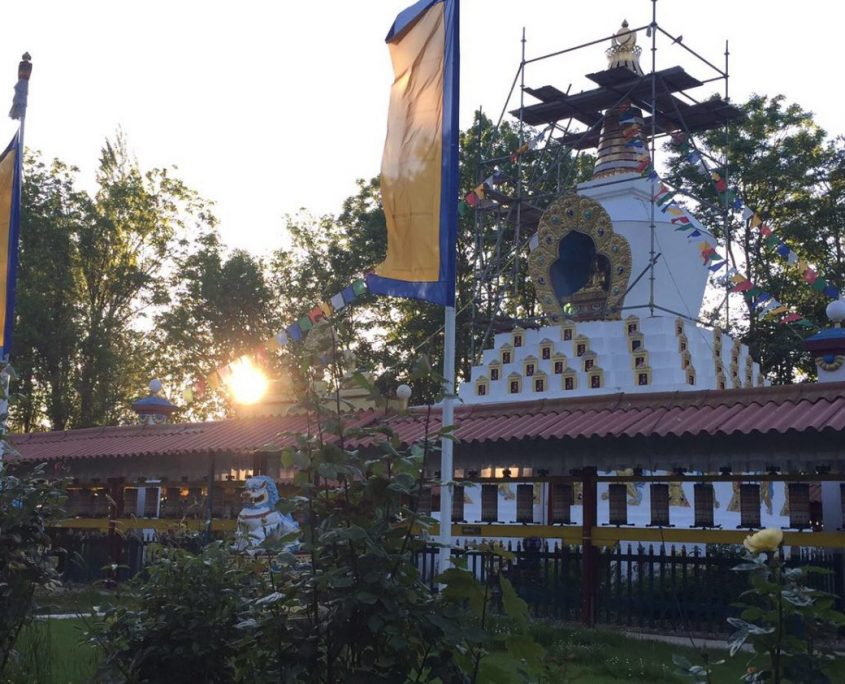